For four decades, Johns Hopkins US Family Health Plan has been a proud member of the military health care family.

Johns Hopkins is a TRICARE Prime® option, contracted by the Department of Defense, to provide care for US Family Health Plan members in the Mid-Atlantic region. With Johns Hopkins USFHP, our mission is to honor service through compassionate, world-class care.

Congress established the Marine Hospital Service for seamen. Hospitals were located throughout the country, including in Baltimore, Maryland.

The DoD converted all seven USTFs in the country, including Wyman Park, to a military managed care plan known as the Uniformed Services Family Health Plan.

The US Family Health Plan became a designated provider for TRICARE Prime. 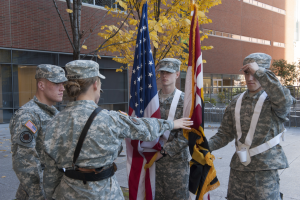 Johns Hopkins USFHP is proud of its heritage and long history of service to the military community, and continues its commitment to medical excellence.

To receive the USFHP Information Kit, please provide us with your email address.

I would like a representative to call me to speak about questions regarding enrolling in a plan.
Request A Call